Bay Education Trust Member and Chair of the Board

Gavin Jones is the Chair of the Bay Education Trust Board and chair of the Finance and Resources Committee.

Outside of the Trust, Gavin is Chief Executive Officer of Gavin Jones Consultancy, with a strong senior background in both operations and training within the hospitality sector. He has worked for some of the country’s leading brands, as well as smaller SME organisations. Having a proven track record to improve businesses through accelerated growth, increasing corporate standardisation, process flows and brand enhancement. Gavin brings all of this pedigree into the education sector to help the Trust with strategic thinking and development. 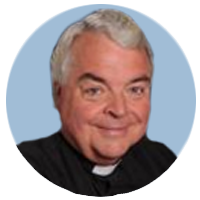 Vice-Chair of the Bay Education Trust Board

Roger is the Vice-Chair of the Bay Education Trust and part of both the Curriculum Performance and Standards Committee and the Finance and Resources Committee.

Roger has been involved in education for years as a secondary teacher, Governor and Chair of Governors of various schools, most recently at Curledge Street. Born in Devon, he has been Vicar of Paignton since 2010, though is now recently retired. He is involved in a number of community initiatives in the town and across Torbay, and is committed to supporting the work of the Trust and the pupils it serves. Wendy has been involved with the voluntary sector for over forty years. She is Chair of the National Residents Scrutiny Panel for Sanctuary Hosing and is Secretary of Foxhole Community Centre, having been with them since 2005.

Having lived in Foxhole Estate for over twenty five years, Wendy was asked to join the Governors at Foxhole Juniors in 2002, was involved with the Transition through to Kings Ash Academy, then became Chair of the Governors Board from 2003 until the Joint Local Advisory Group. Thanks to her involvement with Kings Ash Academy, she was asked to join the BET Board representing Ethos and Culture.

She is committed to working hard for the Trust, particularly as a member of the Curriculum Performance and Standards Committee, and looks forward to helping where she can.

Mike retired from teaching after 30 years experience to concentrate on expanding his consultancy on occupational recruitment into careers and employment (FORCE). Having gained the National Professional Qualification for Headship (NPQH) and M.Ed in Education Management, Mike became the Senior Tutor at All Saints Academy Plymouth with lead responsibility for vocational education throughout the school. Mike also represented all Plymouth secondary schools as an executive member of the Plymouth Learning Trust responsible for work-related learning for 14-19 year olds throughout the city. In recent times, Mike has continued to work in education as an accredited case-worker for the sector’s leading teachers’ union and is a member of the Psychology Consultative Group at Plymouth University, specialising in mental health from a service-users’ perspective.

A proud Devonian, Mike is a lead volunteer for Improving Lives Plymouth helping disadvantaged people with disabilities enjoy such activities as boccia, walking, table-tennis, swimming and golf. A prominent committee member of the Devon Rugby Football Union and Plymouth Cricket Club, Mike is currently the Chair of a 90 year old rugby club and a 75 year old cricket club. Mike hopes this wealth of experience will be of benefit to both students and staff at the Bay Education Trust and is excited to support the Full Board of Trustees and as part of the Curriculum Performance and Standards Committee. All of Debbie’s children attended Paignton Academy, which is how she got involved with the previous governing body in 2010. More recently, she was the Chair of the LGAB, with the portfolio link for Teaching and Learning, then moved to become a trustee on the Board. Matt is the Vice Principal and Deputy CEO at South Devon College where he joined the senior leadership team in 2007. Since graduating with a first class honours degree in Creative Arts his academic career has taken in a range of teaching and leadership roles within further and higher education.  Matt’s experience includes development, design and delivery of curriculum, quality assurance and improvement, leading and developing teams and managing budgets and resources.

Matt is currently a trustee on the Torbay Culture Board, chair of the Enterprise Advisor Network Steering Group (part of the Heart of the South West LEP Careers Hub) and has previously held governor roles in both secondary and primary schools.

He lives in Totnes with his wife and three children and very much enjoys the open air and fantastic South Devon coast and moorland.

Matt has a passionate belief in the transformative role education can play to make a real difference to the lives of individuals and is pleased to have joined the BET Board as a trustee and as part of the Curriculum Performance and Standards Committee. 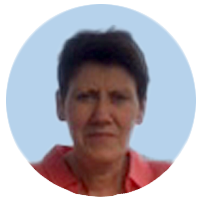 Anne qualified in 1976 and was Middle School trained but also taught Mathematics to Year 10s during two teaching practices. She taught the majority of subjects, to a mixed ability class of 8-13 year olds, in a small private school, before joining Paignton, in September 1977 teaching English. She also, for a short period of 18-24 months, was second Acting Head of Mathematics, during which time she took the department through an OFSTED for which they received “Good” and 87.5% of lessons were judged to be “Satisfactory” or better.

Before leaving Anne was invited to join the Teaching and Learning steering group. As part of her role on the Board, Anne is part of the Curriculum Performance and Standards Committee.

Anne enjoys gardening, reading, swimming and supporting Liverpool which has become much more enjoyable of late! Caroline is a tutor and lecturer at the University Centre, South Devon College, teaching Criminology and Early Years Safeguarding. She also teaches behaviour management on teacher training courses and is the safeguarding trainer for the college. As a result, she is the Board’s Safeguarding Trustee.

She grew up in South Devon and joined the Devon and Cornwall Constabulary at the age of 18. She spent most of her career as a detective within the Criminal Investigation Department. She became the force expert on rape and sexual offences and was part of a multi-agency partnership that set up sexual assault referral centres around Devon and Cornwall.

Caroline became a crime trainer for the police, specialising in sexual offences and child interviews and was also a safeguarding trainer for Devon and Torbay Safeguarding Children Boards. She retired from the Police in 2013 after 30 years’ service and joined South Devon College as a lecturer.

Caroline lives with her husband and two dogs in Paignton, has three grown-up children, two grandchildren and is an Exeter Chiefs rugby supporter. Tracey has had a long association with Paignton Academy, firstly as a parent of two students, then as both a governor and trustee throughout the academy’s different transitions. She has held various portfolios from Science, Sixth Form, Whole School Data and is now concentrating on theLiteracy Drive across all faculties and English curriculum delivery. She is a member of the Curriculum, Performance and Standards committee.

She is committed to improving outcomes for all BET students both academically and culturally .

She is local to Paignton, has a medical scientific background and is married with three children and three grandchildren. Andrew is the Chair of the Audit and Risk Committee and part of the Finance and Resources Committee at the Trust.

Following a twenty eight year career in Human Resources and Financial Administration serving in the British Army in various parts of the world, Andrew joined Torquay Boys’ Grammar School in 2002 to take up the newly formed post of School Business Manager. As School Business Manager he held responsibility for all areas outside of the teaching within the school. When TBGS became a Limited Company on conversion to Academy status he picked up the role of Company Secretary, a role he held until March 2018.

He took early retirement in August 2017 and uses his time as Chairman and Treasurer of the Civilian Committee supporting 200 Squadron ATC and Treasurer for the TBGS Charitable Trust and TBGS Parents Association.

His prime interests are in the main Rugby Union; he is the Club Secretary at Torquay Athletic RFC. What little time is left is devoted to his wife, three adult daughters and grandchildren. 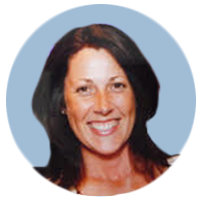 Katie was born and raised in Torbay and is a parent at Paignton Academy. Katie has been a Company Director of her own small business since 1999 and prior to that she was a Senior Systems Analyst for a large financial services company. She holds a BSc(Hons) Degree in Information Systems Management from Bournemouth University.

At the Trust, Katie is part of the Audit and Risk Committee, though joins the Finance and Resources Committee to support where necessary.